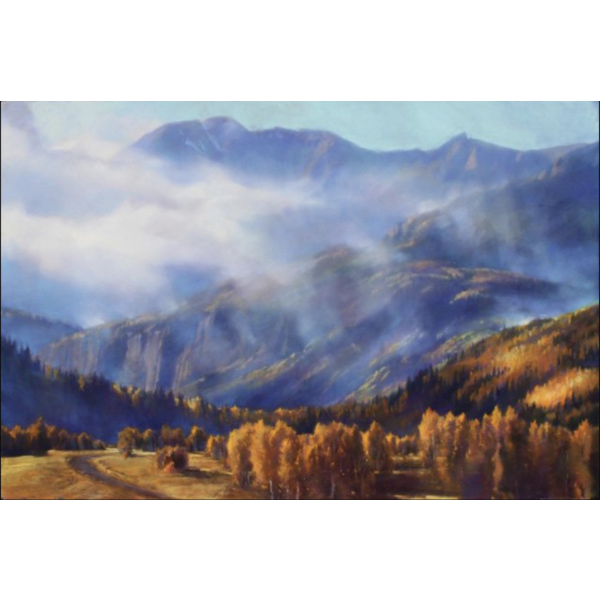 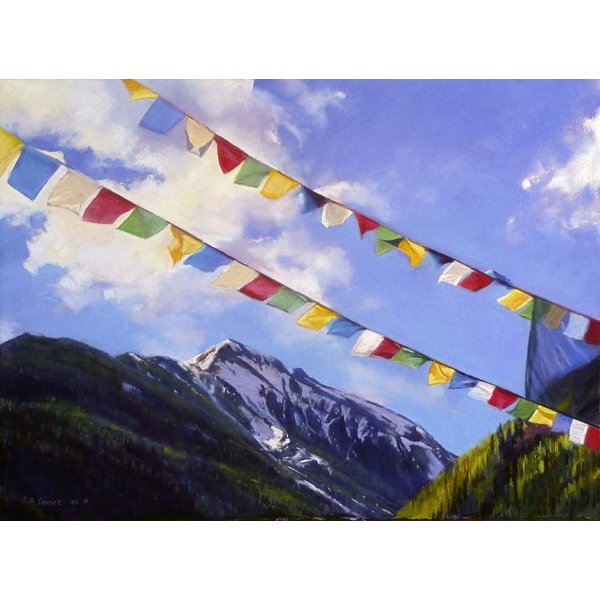 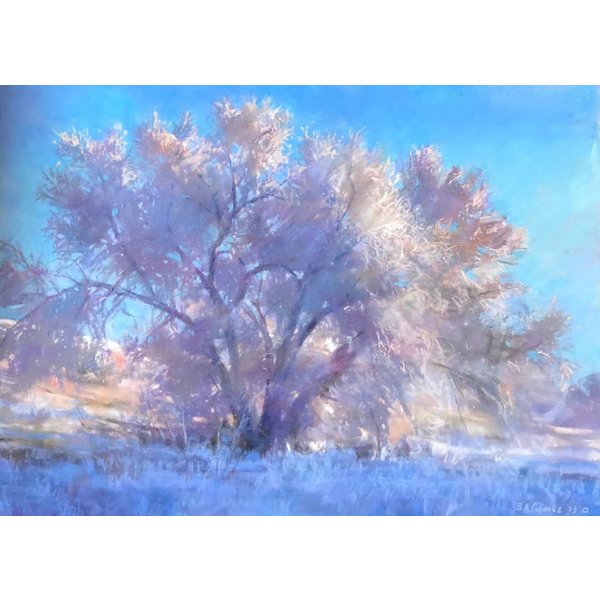 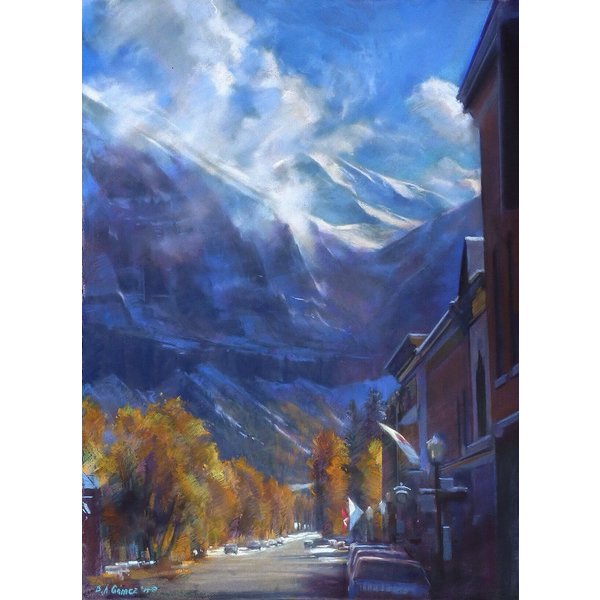 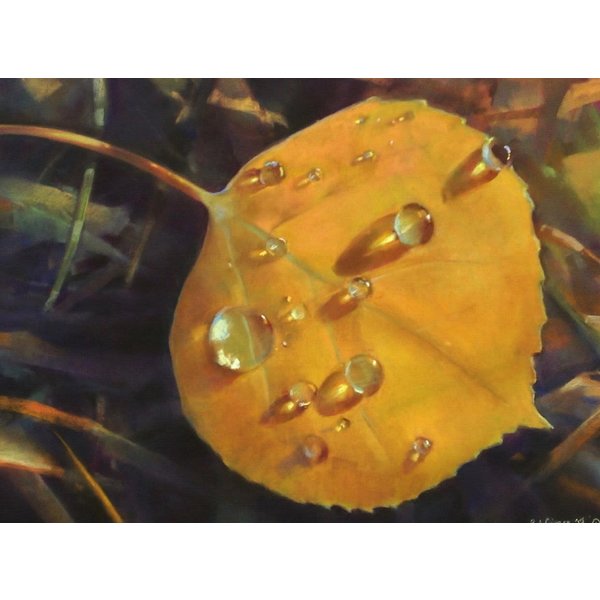 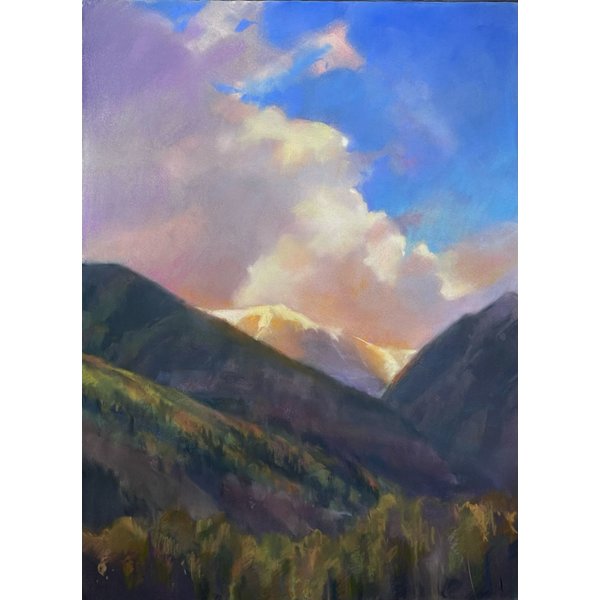 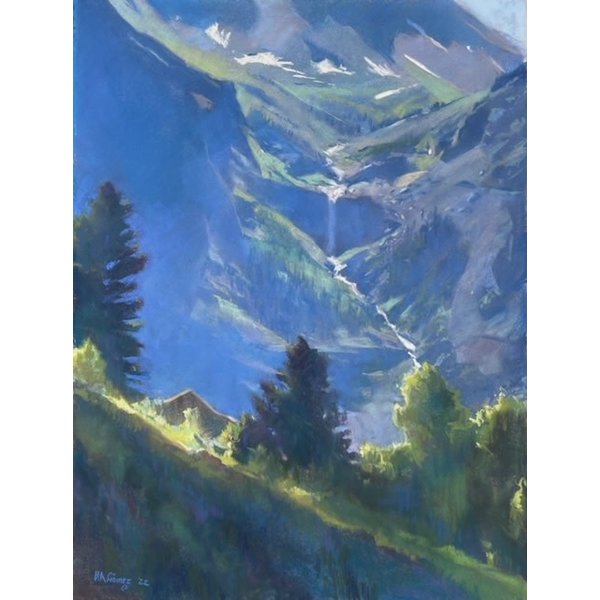 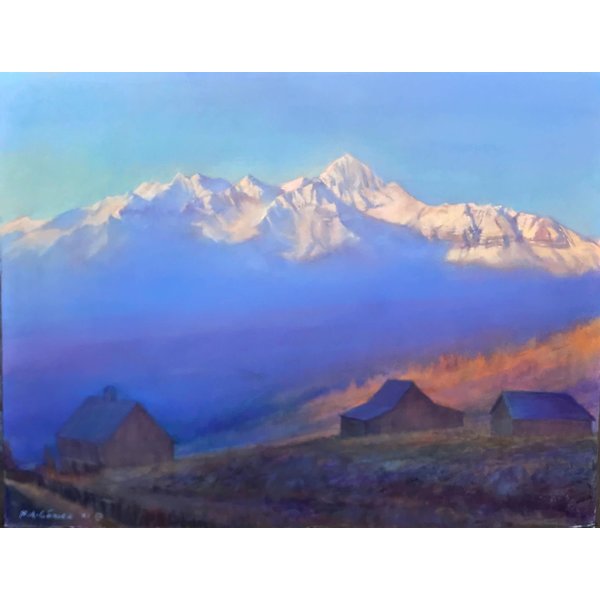 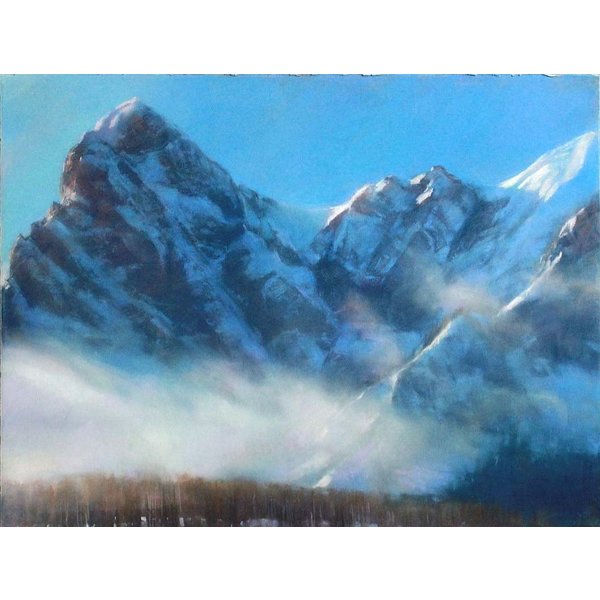 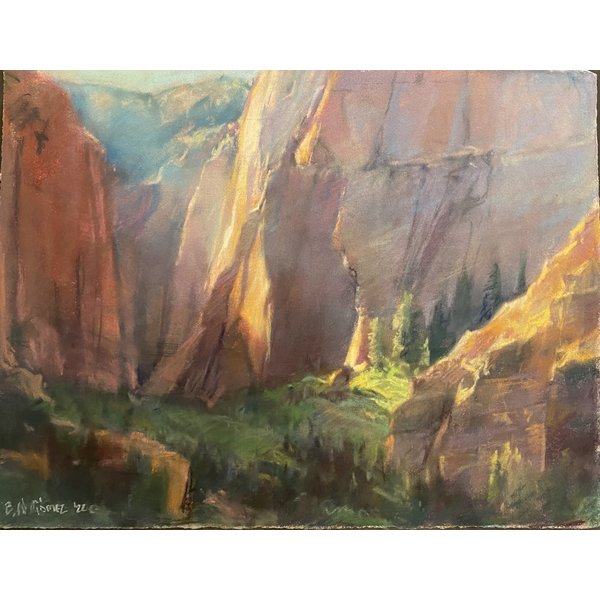 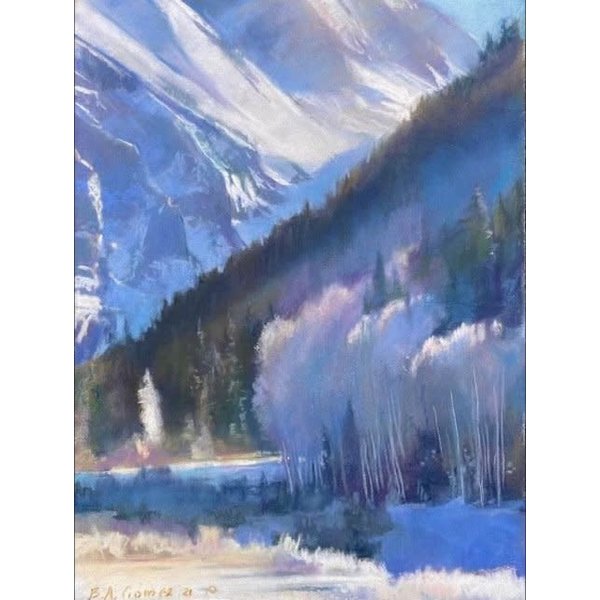 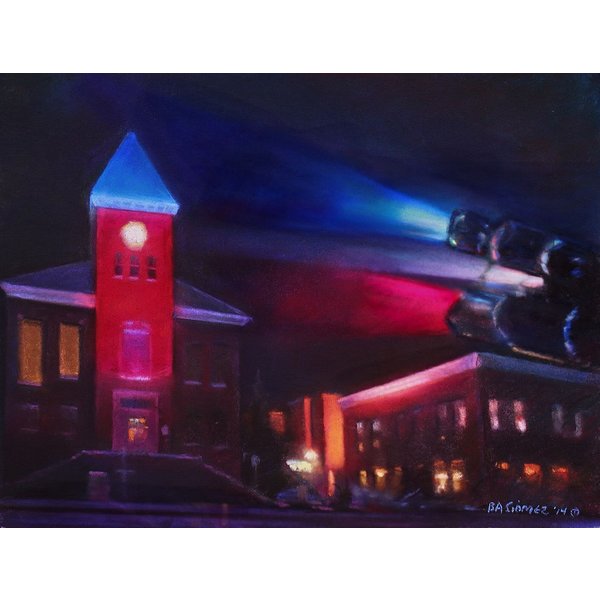 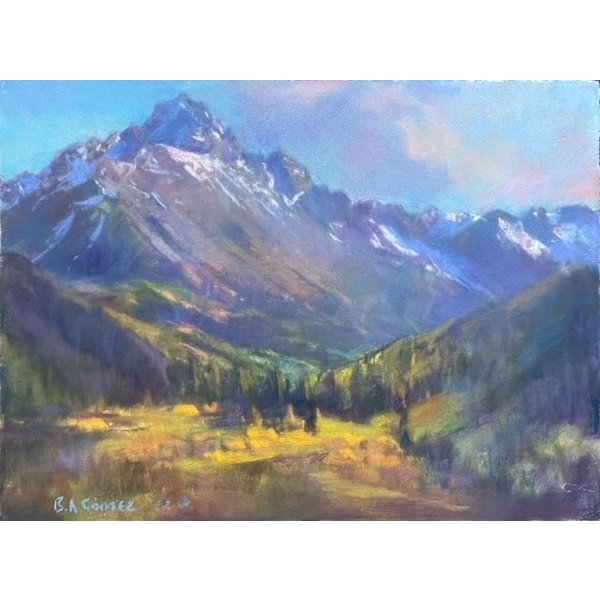 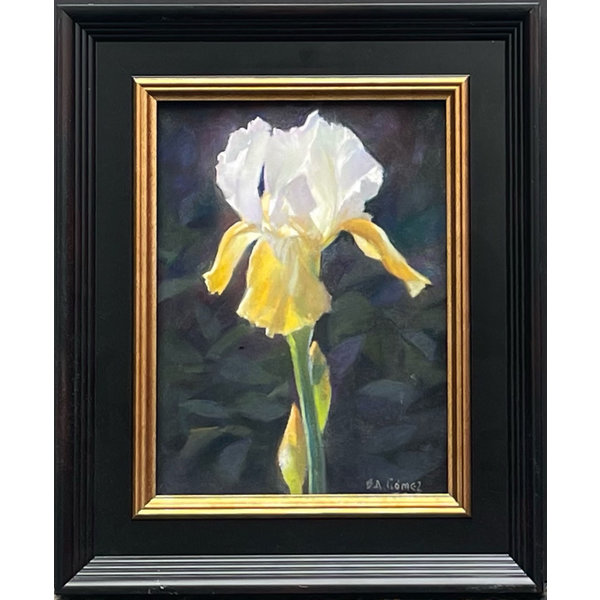 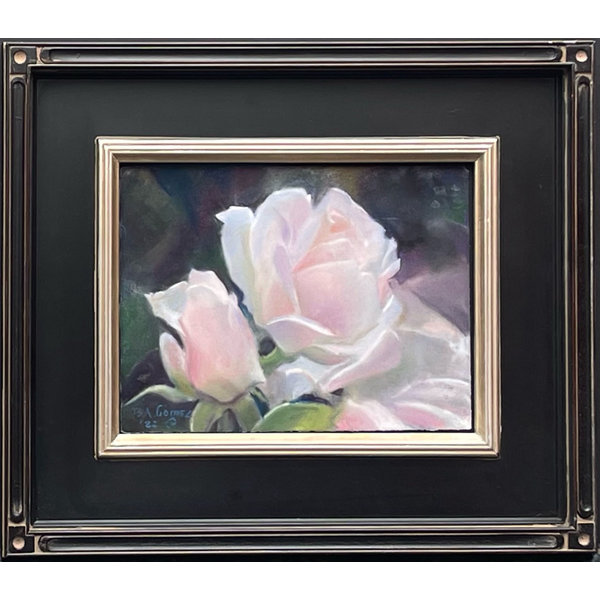 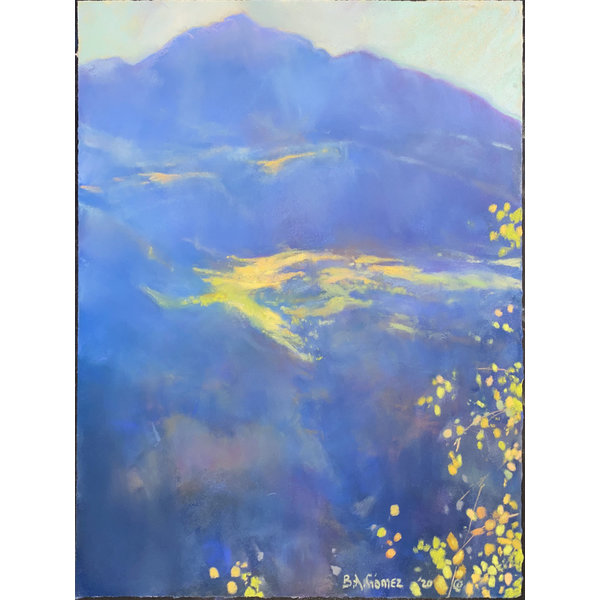 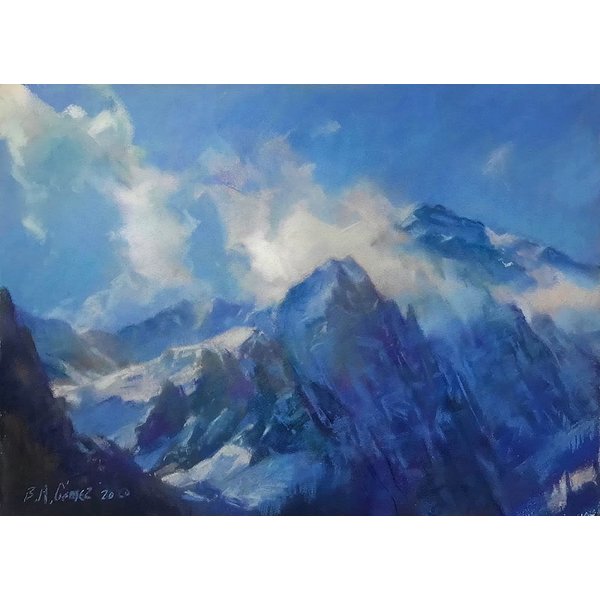 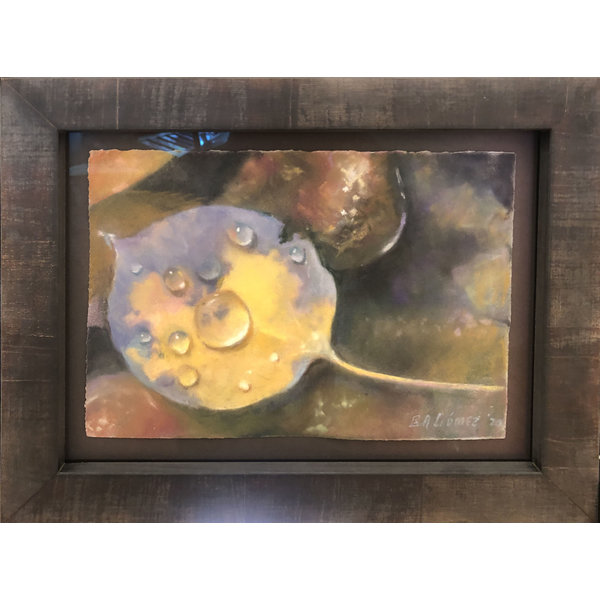 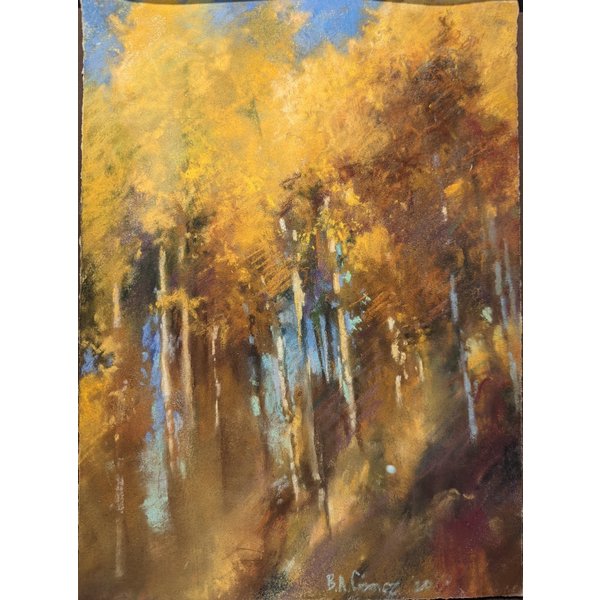 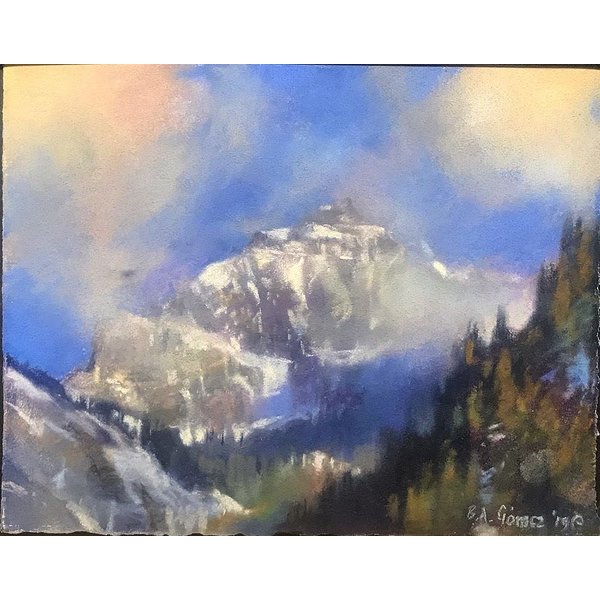 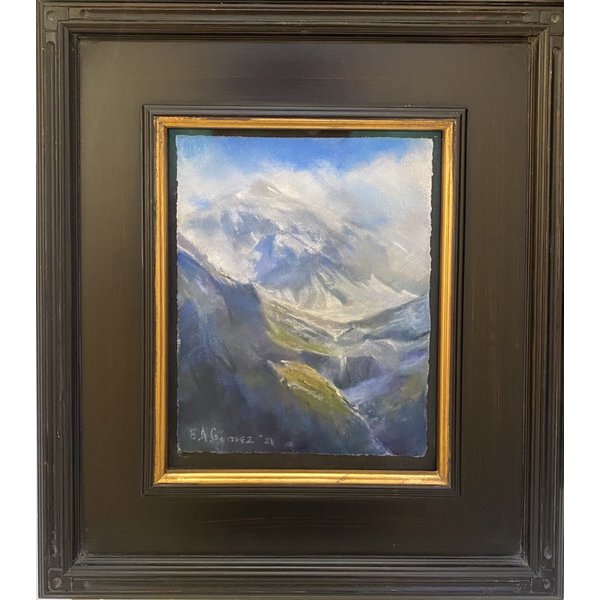 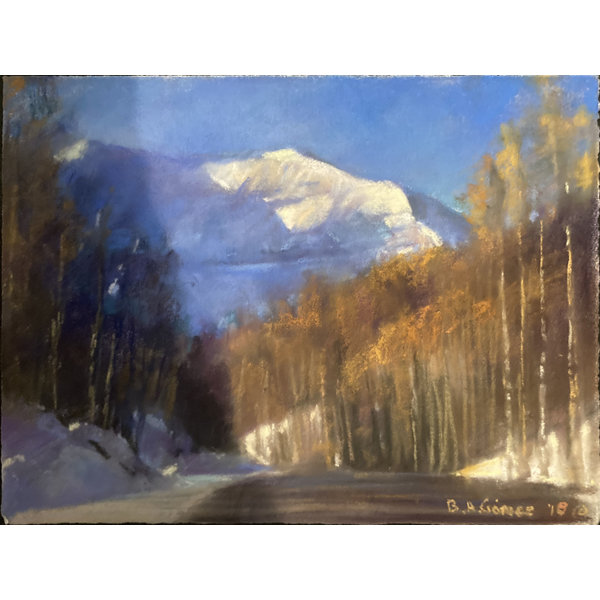 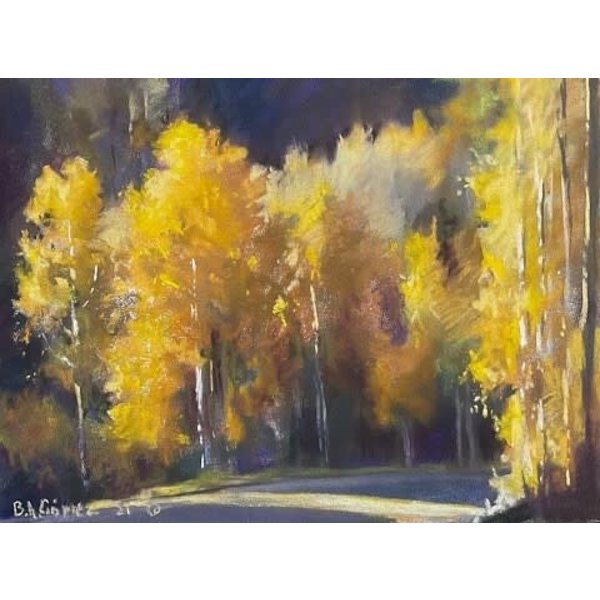 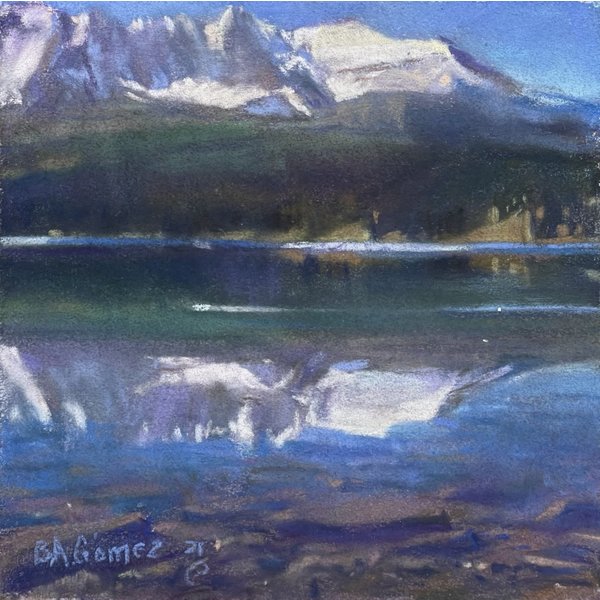 Bruce A Gómez was born in Denver, Colorado in 1957 and was educated at Colorado State University and the University of Colorado at Denver, where he received a degree in Political Science as well as a degree in Romance Languages.

He has been working in pastels for thirty-nine years, full-time for the past twenty-nine. Entirely self-taught, Bruce works exclusively in that medium on cold-pressed watercolor paper. In addition, he has taught for the last twenty years at the Ah Haa School in Telluride, CO, where he has been one of the school’s highest-rated instructors, consistently.

His artistic influences range from Paleolithic art up to Alfred Sisley, Maxfield Parrish, Juan Gris, and Gustav Klimt. He is singularly fortunate enough to travel to and paint in such wonderful places as Telluride, Paris, Rome, and Moab. He gœs out and looks to capture that one unique and spectacular moment of life, whether in the mountains, in an urban setting, possibly slogging through a deluge, snowshœing in -10°F, or painting plein air in 101°F.