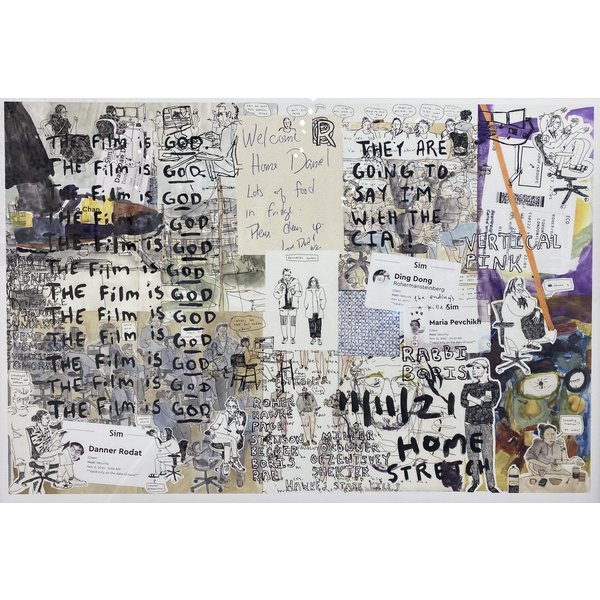 #8 The Film Is Locked 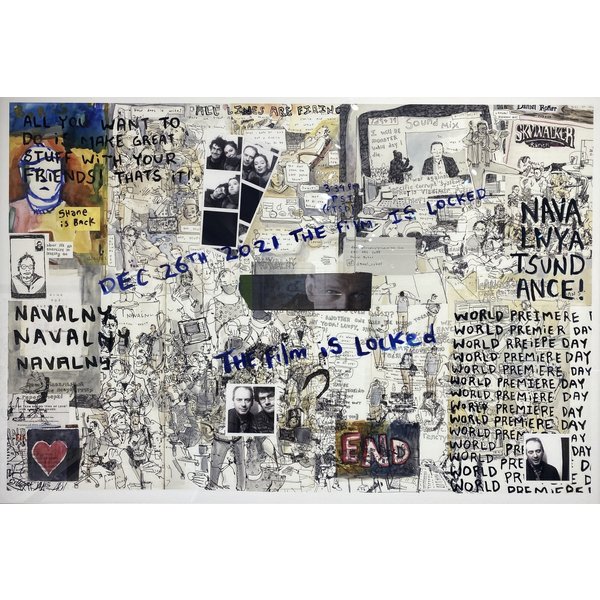 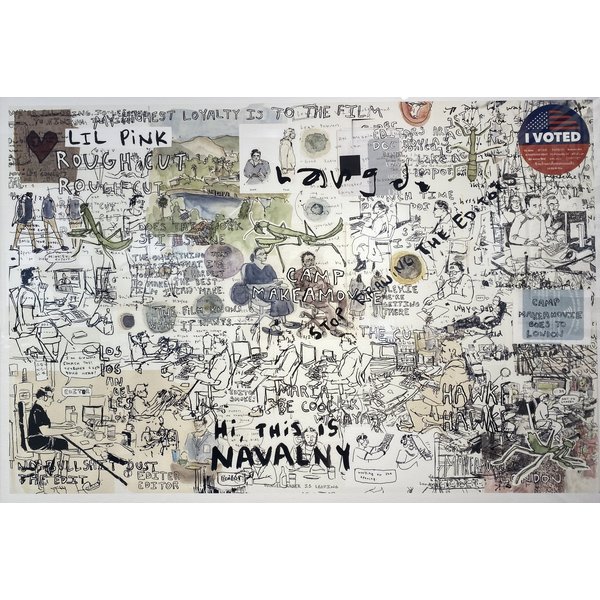 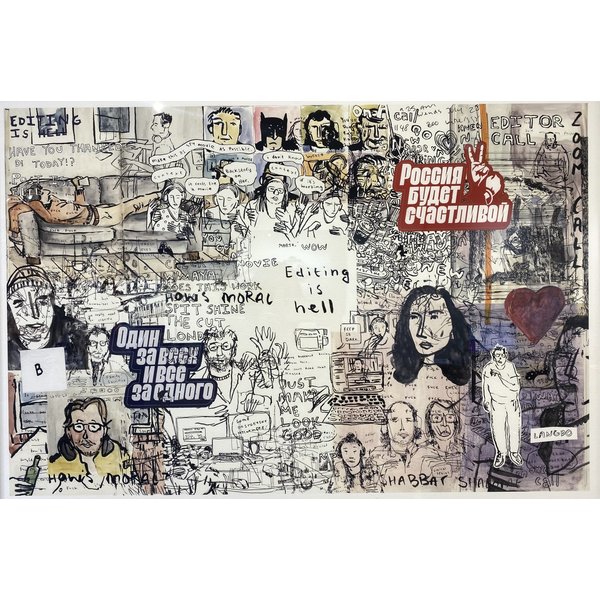 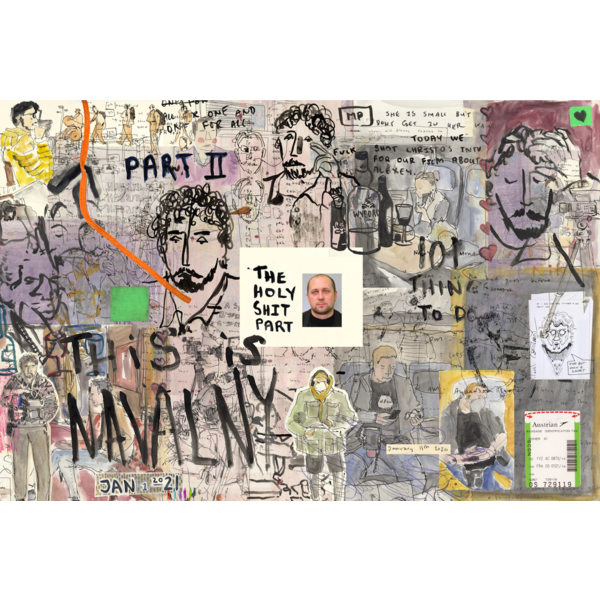 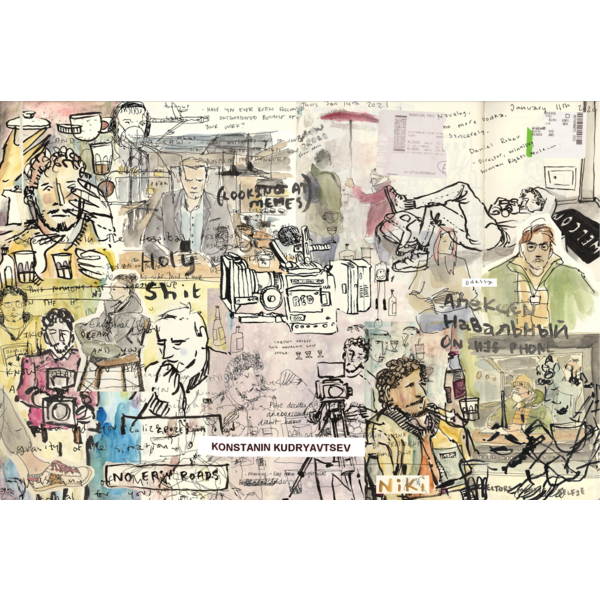 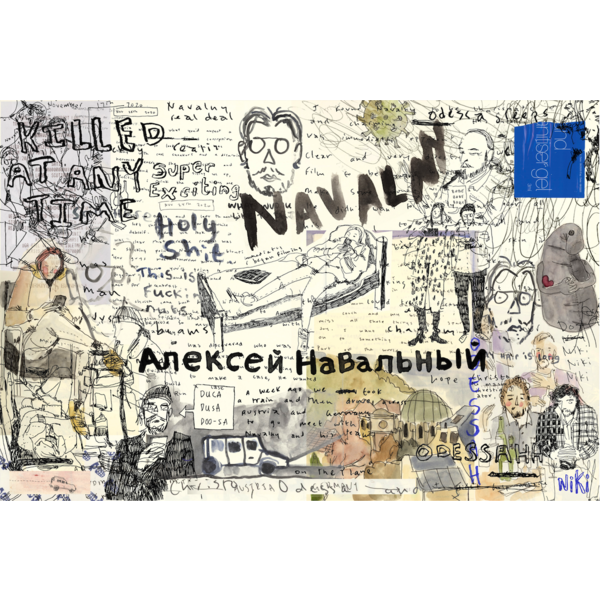 #2 This Is Fucking Nuts 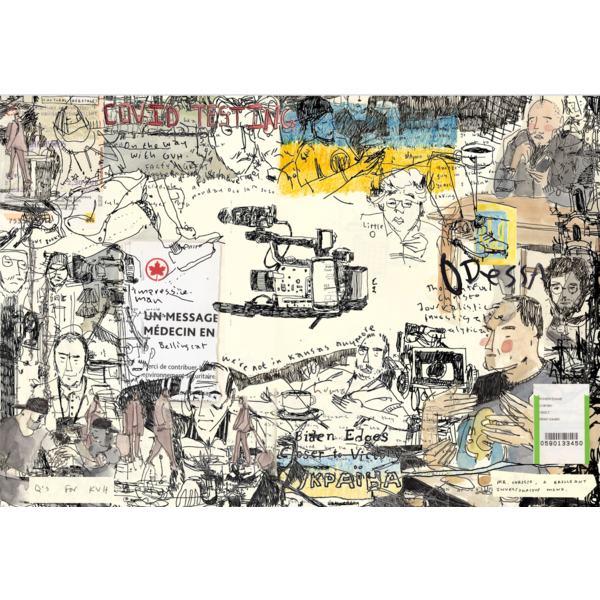 Daniel Roher is the director of NAVALNY, the award-winning documentary of the shocking attempted assassination of Russian opposition leader Alexei Navalny, from CNN Films and HBO Max. Roher’s sketches for the multimedia exhibition are a special selection of behind-the-scenes depictions of Alexei Navalny’s time in exile while making the film, and a view into the dangerous political dynamics that preceded and followed Alexei Navalny’s poisoning, as well as the high tech investigation into who was responsible for it. Roher’s acclaimed film follows the anti-corruption campaigner and former Russian presidential candidate as he unpacks a conspiracy to poison him, and reflects upon his vision for the future of Russia. Roher filmed Alexei Navalny as he worked to uncover the truth behind his poisoning in 2020. The artwork was created by Roher during the making of the film, and was pivotal to his creative process.

Proceeds from the sale of Daniel Roher's works will be donated to the Anti-Corruption Foundation.