William Blake (November 28, 1757 – August 12, 1827) was an English poet, painter and printmaker, raised in a church that believed in the “Doctrine of Correspondence,” which holds that everything material mirrors something spiritual. Largely unrecognized during his lifetime, Blake is regarded today as a major, if iconoclastic figure, a religious visionary whose art and poetry prefigured, and came to influence, the Romantic movement.  Blake valued imagination above reason, but unlike later Romantics, he deferred to inner visions and spiritual perception as surer indication of The Truth then sentiment or emotional response to nature. "If the doors of perception were cleansed every thing would appear to man as it is, infinite," Blake wrote in "The Marriage of Heaven and Hell." "For man has closed himself up, till he sees all things thro’ narrow chinks of his cavern." In essence, Blake imagined the kingdom of heaven on earth. In other words, he believed that whatever was divine in God must be divine in man. 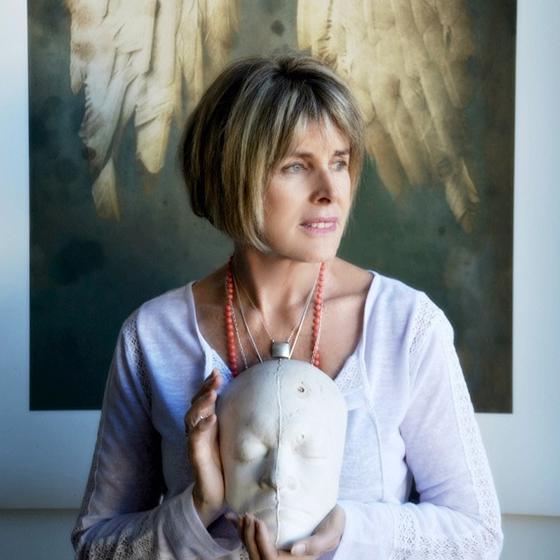 Carl Jung was born on July 26, 1875, in Kesswil, Switzerland. He believed in the “complex,” or emotionally charged associations. Jung collaborated with Sigmund Freud, but disagreed with him about the sexual basis of neuroses. He founded analytical psychology and advanced the idea of introvert and extrovert personalities, archetypes, and the power of the unconscious...

Or, in this context, the place where Alexandra Eldridge's deeply poetic art emerges: "The process of painting parallels the movement of psyche, helping me to understand the world as a deeper reality. The rich-soul experiences of my life become tangible. Each painting is a small acknowledgment of the inner life that can, perhaps, reveal its own share of soul, and that share of soul may connect to someone else’s share of soul. Then, perhaps, beauty may be granted." 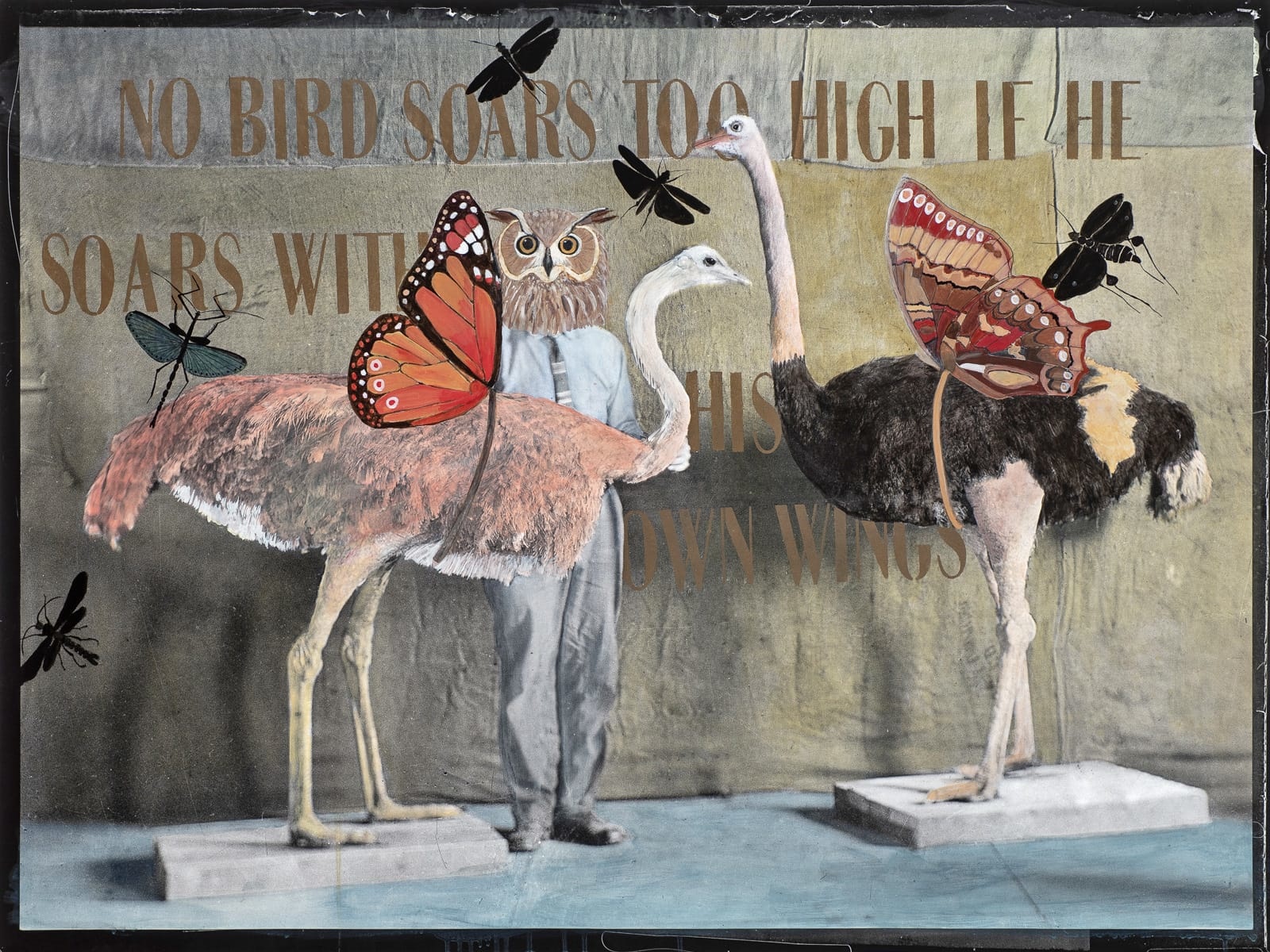 In October and opening with Telluride Arts' First Thursday Art Walk on October 3, Slate Gray presents "Mosaic" an exhibit featuring the photo-based work of Alexandra Eldridge most recently of Santa Fe.  In addition to her magical art in which the animal kingdom offers up colorful avatars to illustrate the human condition, Eldridge is well known for co-founding a colony in Athens, Ohio, named "Golgonooza," a community based on Blake’s philosophies and the name of his mythical city of art and science. The child of artists, Alexandra Eldridge received her bachelor’s degree in art and literature from Ohio University. In addition to more than 40 solo shows, Alexandra Eldridge has participated in numerous group shows in New York, California, New Mexico, and elsewhere in the United States. She also has shown in many international exhibitions as well, in such cities as Paris, London, Belgrade, and Ljubljana.

Eldridge has also painted commissioned murals in the Place de Vosges, Paris, and her work has been used for the covers of 10 poetry collections.  In addition to channeling both Blake and Jung through her art, travel also stimulates the artist's creative juices: Eldridge has led to artist residencies on the Island of Elba, Italy, and at the Valparaiso Foundation in Spain. 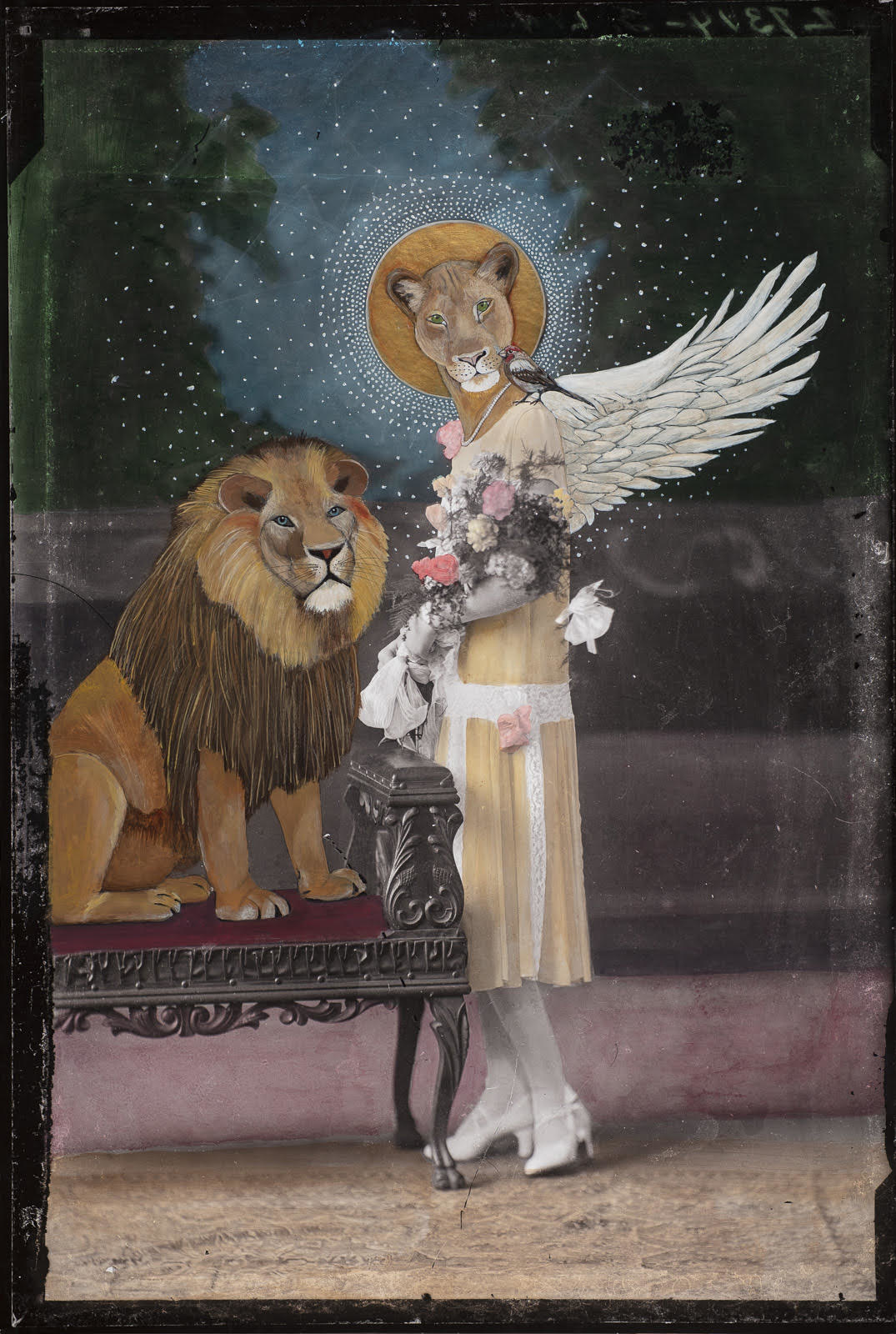 Alexandra Eldridge’s work has been featured in Art News, Art Ltd., Art on Paper, New American Painting, and American Art Collector. Her images grace the walls of many prestigious collections, as well as in the private collections of actors William Hurt, Steve Buscemi, and Edie Falco.