Mark Bowles: Landscapes, yes, but what are they really all about?

Though the work on display at Slate Gray Telluride throughout the month of August happens to be landscapes, painter Mark Bowles is relatively agnostic to subject:

“Whether I am working with a still life, the human figure, or landscape, what fascinates me, compels me to paint, is texture, form and color, which I use in expressing how I feel about what I am seeing…My heart is always pushing my work to find a new language to express what I see and how I feel about that. The result therefore is not just an intellectual exercise, it is being involved in the Now, open for change and challenge, always evolving.”

In other words, Bowles’ acrylics do not record. They evoke. While the monumental images on display at Slate Gray do suggest details such as the topography of a site, the location of mountains, water, trees and such, they more accurately describe the emotions certain special places stirred in the artist. 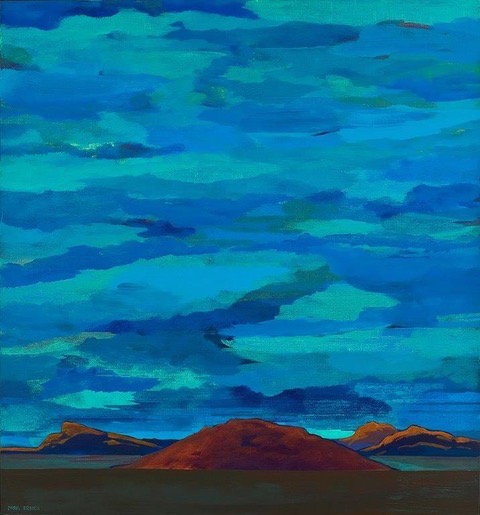 Light on the Range | Mark Bowles

Bowles, a lifelong painter, learned from the best of the West (Coast).

The iconic Left Coast painter Wayne Thiebaud had an eye for goo. He loved the impasto of thick icing with as much gunk piled on top as possible, sprinkles, pistachios, cream. And he painted what he loved. Without irony.

Gregory Kondos has been quoted as describing his work as possessing a sense of quietude and cleanliness, specifically saying: “Less is more…and what is left out makes the picture more understandable.” And he too painted what he loved: boats, mountain peaks, a solitary house in the middle of nowhere, the peaks and forests of Yosemite, where he served as artist-in-residence.

Thiebaud and Kondos are among the artists painter Mark Bowles describes as major influences. In fact they live where Bowles lives – literally (in the Bay Area community Bowles calls home) and figuratively – in that Bowles, a master colorist, also paints what he loves in a reductivist manner. And without irony. 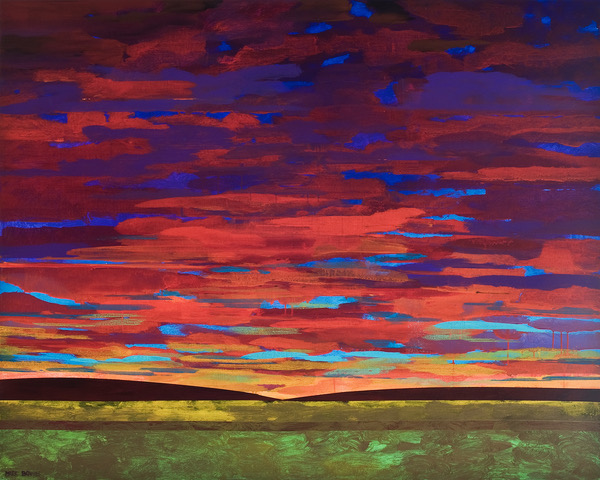 And what is it that lights up the artist’s heart? What gets his creative juices flowing?

“My comfort level is California landscape for sure, but I love the West and Southwest in general…love traveling through Arizona, New Mexico, Utah, Nevada. We had a second home for about 10 years down in La Quinta (southeastern California desert by Palm Springs), so the traveling back and for through the central valley of California has shaped a lot of my paintings. Lately however, I think I am more influenced by my travels through the Southwest. When you see the colors and shapes that are unique to those parts of our country, you can’t help but react with awe. And then when you take in the culture of Native Americans and people who actually work the land that introduces yet another compelling element into the big picture. Because they are so big and grand, if our eyes are wide open to those surroundings, the landscapes of the West generate a sense of solitude, peace and quiet. It is Mother Nature, with few distractions, in her full glory.”

In other words, among his muses, Bowles is captivated by the dramatic expansiveness of wide open places which are in constant flux, changing in response to the cycles of nature and the human footprint (or lack thereof). And his response, his work, is a testimony to the doctrine of his close friend, Kondos, about less being more.

Bowles’ simple but animated palette, elegantly minimal lines, flattened picture planes and overall composition also speak to the major influence of another Bay Area icon, Richard Diebenkorn, who initially painted in the Abstract Expressionist manner, work that was clearly informed by the California environment in which they were created – and of which they are clearly about.

In turn, Diebenkorn was influenced throughout his life by one of the master colorists of all time, Henri Matisse, also by one of his professors, New York School painter Mark Rothko, world-renowned for his luminous Color Field paintings, which were, in effect, transcendental landscapes. (In his later years, Diebenkorn went in that direction too, abandoning realism in any form for pure abstraction.) 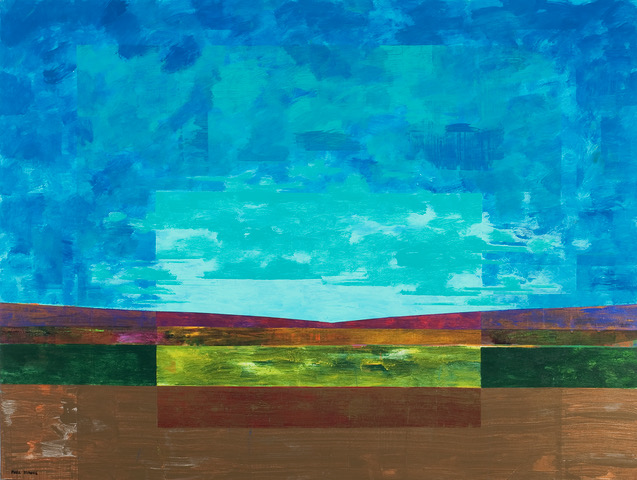 A View through Time | Mark Bowles

In the end, Bowles’ acrylics lie at the nexus of realism and abstraction. It is easy to read land, horizon line and sky in his art, but they also soul-scapes (redolent of the work of his teachers above), powerful, unapologetic “reads” of the regions of choice, the West and Southwest, written in glorious colors.

“Recent paintings suggest vaguely familiar land masses and agrarian fields of central California, but they are clearly imaginative responses not intended to be read as literal. They balance the familiar with the highly personal. These are not landscapes in a classical sense that ask us to pinpoint a precise location.

“Instead, we are seeing landscapes of the mind. We are seeing Mark’s responses to his lived experience and his shifting reactions brought on by various sites over time. Looking closely at the combination of colors and forms, we are rewarded not by trying to find the specificity of place, but by connecting with the artist’s emotions and personal feelings about nature,” said Jerry N. Smith, PhD, Curator of American and Western American Art, Phoenix Art Museum.

“Through his art, Mark Bowles proves it is possible to be both bold and subtle at the same time. At first glance, the bold colors and minimal obvious detail catch your attention, but closer inspection reveals subtle variations and much additional information. Built up on an underlying abstract framework, contrasting colors resonate to convey the essence of the scene he is depicting…,” Seth Hopkins, Executive Director, Booth Western Art Museum.

“Painting is my commitment, my passion and my fulfillment,” explains the artist. 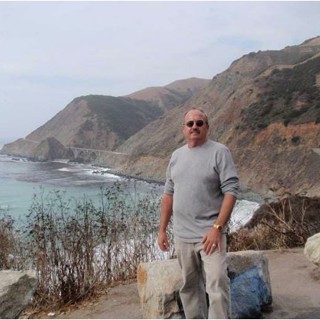 Growing up in the Bay Area gave Mark Bowles an early start in my appreciation of art.

“My mother was an artist, a ceramicist and painter, so that activity and discussion was always going on in the house,” the artist explained. “Both my parents collected art, loved supporting younger starting-out artists, went to gallery shows, fairs and museums. Living in the Bay Area you are surrounded by UC Berkeley, SF University, Stanford, and California College of Arts and Crafts (which I attended). Living in proximity of colleges, the air is filled with new ideas and experimentations. Also, being somewhat affluent, San Francisco has some of the best galleries in the world. I used to go all the time to SFMOMA and those galleries to study Richard  Diebenkorn, David Parks, Joan Brown, Manuel Neri, Nathan Oliveira Peter Voulkos…Being exposed to all that incredible art and visiting homes where those works were hanging on the walls, it was never a big jump for me to think I could be a successful artist.”

Exploring color, composition, the quality and attitude of a line, as well as various materials continues to fascinate Bowles.

“My goal is to draw the viewer into my space and let them become involved in their own personal journey of discovery. The ultimate reward is to communicate something new even for just a moment in time.”

His paintings are part of many private corporate and public collections and have also been acquired for the permanent collections of many museums including the Crocker Museum in Sacramento; Phoenix Art Museum; Booth Western Art Museum in Cartersville, Georgia; Denver Art Museum; Tucson Museum of Art; and The University of Arizona Museum of Art, Tucson.

Mark Bowles currently has homes and studios in Orangevale and La Quinta, California. 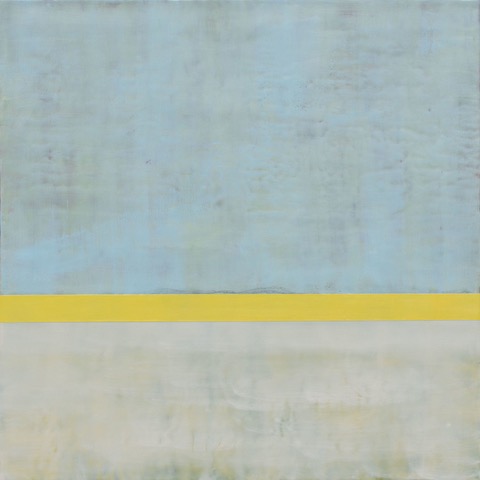 Though their work is very different (abstracted realism with Bowles; pure abstraction or non-objective images from Amy Van Winkle), the two artists paired at Slate Gray share influences: Diebenkorn and Rothko – although Van Winkle also cites shape-shifter Gerhard Richter, an artist’s artist who could (and did) move like the wind from figuration and portrait painting to landscape, monochromes and geometric abstraction.

One art historian summed up Richter’s view of painting this way: “Richter knows that a painting is a construct, and out view of nature too – the way we try to idealize it and tame it.”

So directly or indirectly, Richter influenced Bowles too.

And like with Richter, in the the work of artist Amy Van Winkle everything old is new again. 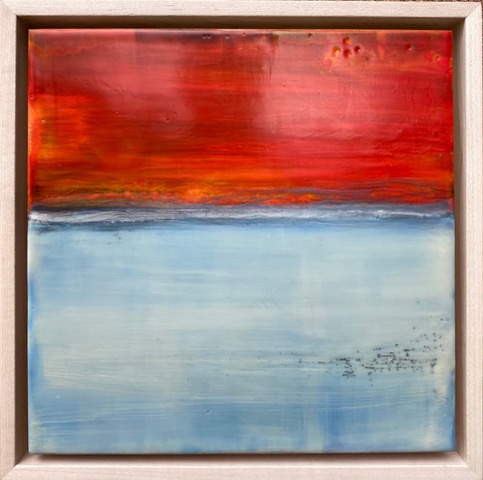 Encaustic painting, the name derived from the Greek word enkaustikos meaning “burnt in,” was one of the the principal styles of painting in the ancient world, dating back at least two millennia. The technique involves using heated beeswax to which colored pigments are added. The liquid or paste is then applied to a surface—usually prepared wood, though canvas and other materials are often used. The simplest encaustic mixture can be made from adding pigments to beeswax, but there are variations on that theme. Once the wax paint cools, additional layers can be added to achieve depth and texture, color layered upon color, to create vibrant color fields.

Eliminating figure and ground in favor of color and form, Van Winkle’s encaustics force a focus on paint, surface, texture, and gesture. Art for art’s sake. And paradoxically Van Winkle’s art both reveals and conceals the artist’s inner world and life experiences. Space, time, and transition are her subtext. 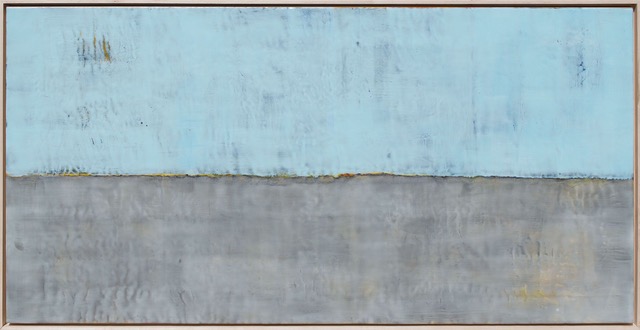 And although Van Winkle’s work begs comparison to Rothko for his in-your-face fields of color, the two artists part company based on intention: Rothko was after spiritual transcendence; Van Winkle, well, she’s a talented woman after a good time.

“It’s simple: I create art because it makes me happy. I try not to overthink  process in my  painting and let my intuition be my guide. My work then becomes a dialog of layers with transparent and opaque details. Some of these layers will be sealed in the history of the painting, while others will be revealed through heating and scraping the surface. There’s a distinct relationship between the layers in my art and my own life experiences, while choosing to reveal certain elements of my history and keeping certain memories hidden and private.” 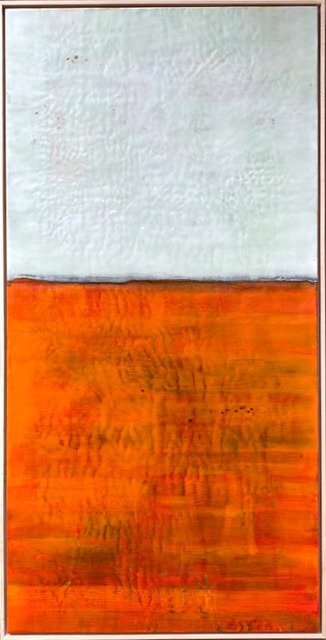 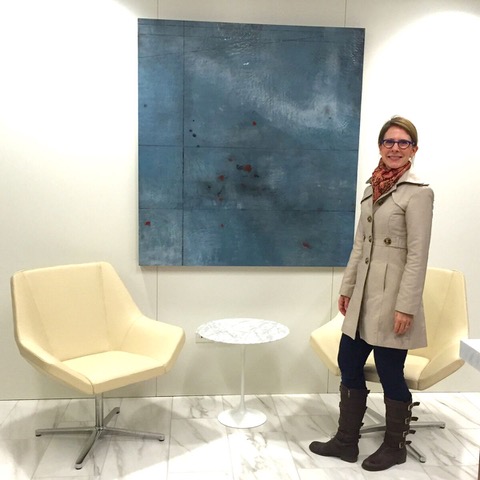 Amy was born in Norwood, MA. After a few moves, her family settled outside of Chicago. Her early artistic pursuits involved a #2 pencil and a sketchpad. From there she began creating mixed-media work on canvas with old textbooks and acrylic.

In 2000, Van Winkle moved to Hong Kong and began exploring Southeast Asia. The experience opened up a whole new world of cultural experiences and a desire to continue exploring. Back home in September 2001, Van Winkle opened up a home décor shop and art gallery in Chicago. It is during that time she started showing and selling her work, now featured in galleries in the U.S., including Slate Gray Telluride, as well as Taiwan and beyond.