In the second decade of the 20th century, on the heels of Cubism and other detours from dusty old realism, abstraction became the “ism” du jour and the Holy Grail of modern art. By the time the center of gravity in the art world shifted from Paris to New York, just after World War II, abstraction came to wear number of different hats unified under the banner of Abstract Expressionism.

AbEx was a loose confederation of artists. In part, the movement, really a catchall for a disparate American mark makers who revered primitive myths, became all about celebrating the physical act of painting, about gesture alone.

In the work of painter-architect Karen Freeman, a newcomer in the Slate Gray stable and an AbExer 2.0, elegantly composed and delicately balanced shapes and lines appear to morph in and out of focus, colors shifting like the seasons. 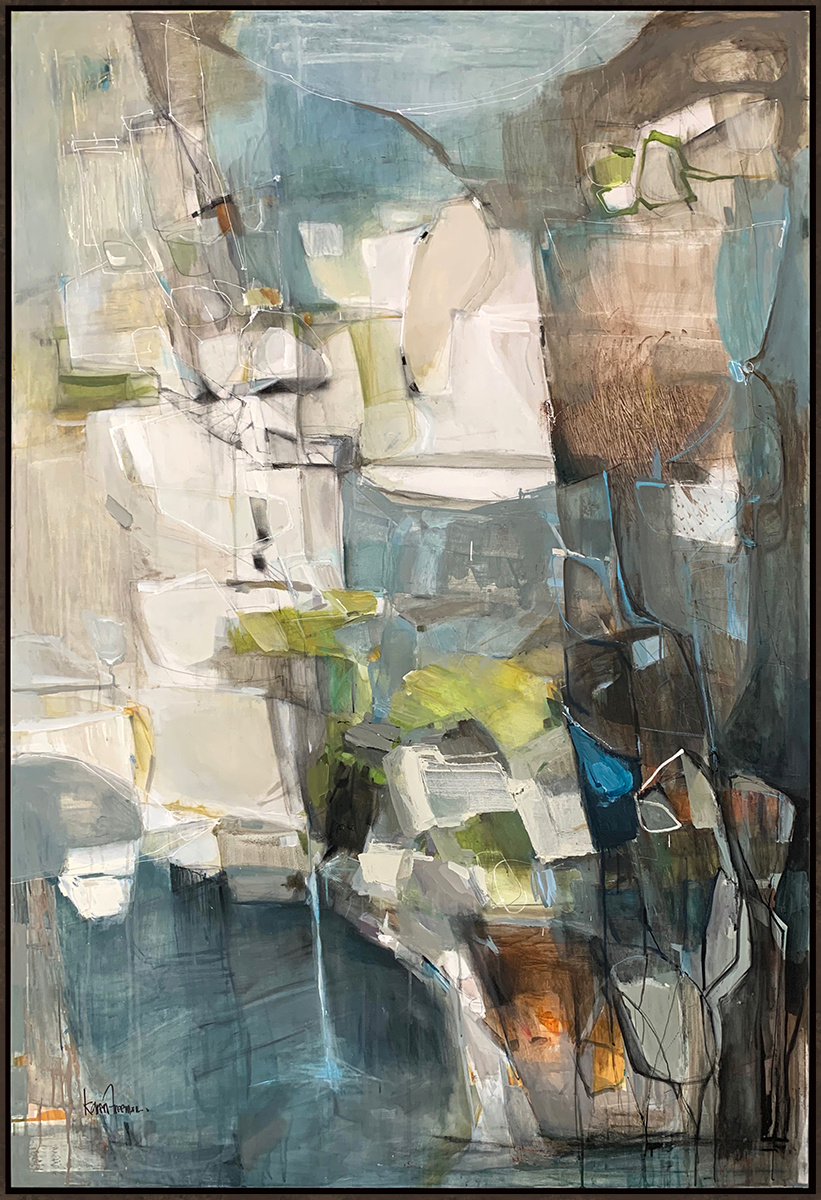 Which makes sense because Freeman quotes Christopher Alexander and his “The Timeless Way of Building” in her artist’s statement, and Alexander took inspiration for his process from Nature:

"It is a process which brings order out of nothing...it cannot be attained, but will happen of its own accord, if we will only let it. To seek the timeless way we must first know the quality without a name."

Alexander’s argument comes down to a single way of building that is in harmony with Nature (and is therefore not a byproduct of the ego.) He begins his book, part of a six-volume Center for Environmental Structures, by defining elements and the relationship between them, which ultimately make up patterns. Alexander asserts that just as there are discernible patterns in nature, such as in the ripples in a patch of wind-blown sand, there are natural patterns in the built environment too. 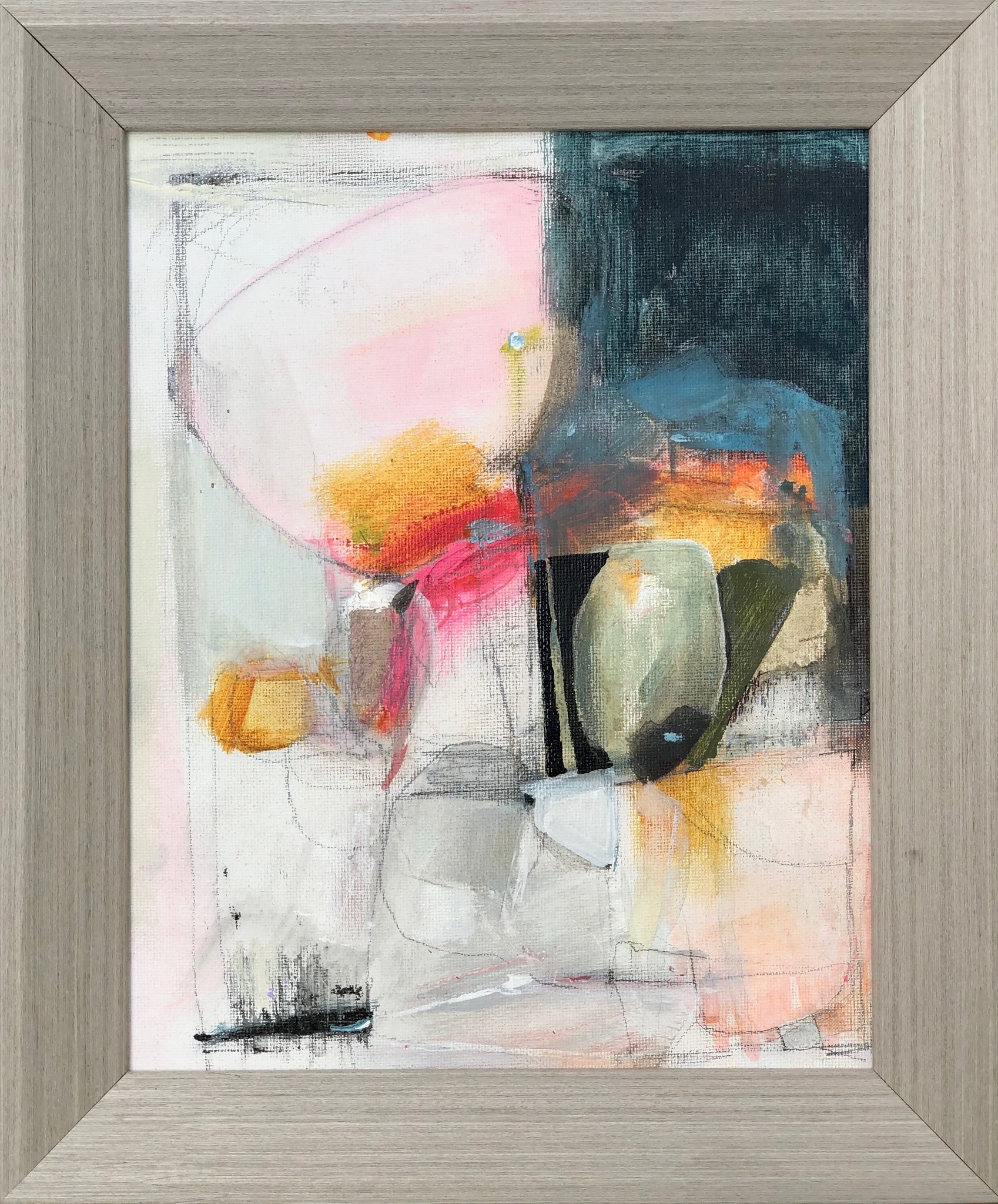 And in the action painting of Karen Freeman. The artist’s “timeless way” is an ongoing journey of self-discovery and revelation:

“...this quality without a name that tugs at me in my art, my city, and my dreams. This quality cannot be defined or even pointed to directly; it can be described only tangentially, and even then only imperfectly, using such words as ‘alive,’ ‘whole,’ ‘comfortable,’ ‘free,’ exact,’ ‘egoless,’ and ‘eternal.’ This quality too, is quite ordinary in that it’s experienced in the common moments and places in life that cling to our memories and remind us that time, our life is passing. And so, this quality is also very poignant.

“This way of building—or, in my case, creating—is as much about an organic process as it is about an end-product. This end-product I want to create is about a mood or feelings more so than accurately depicting a subject itself...”

It is in the context of her own “timeless way” that Freeman creates the patterns in her 2D images:

“My current work represents the experience of searching for, but not yet quite being able to fully attain or express the timeless quality. It’s allusive; ambiguous, just beyond my grasp.” 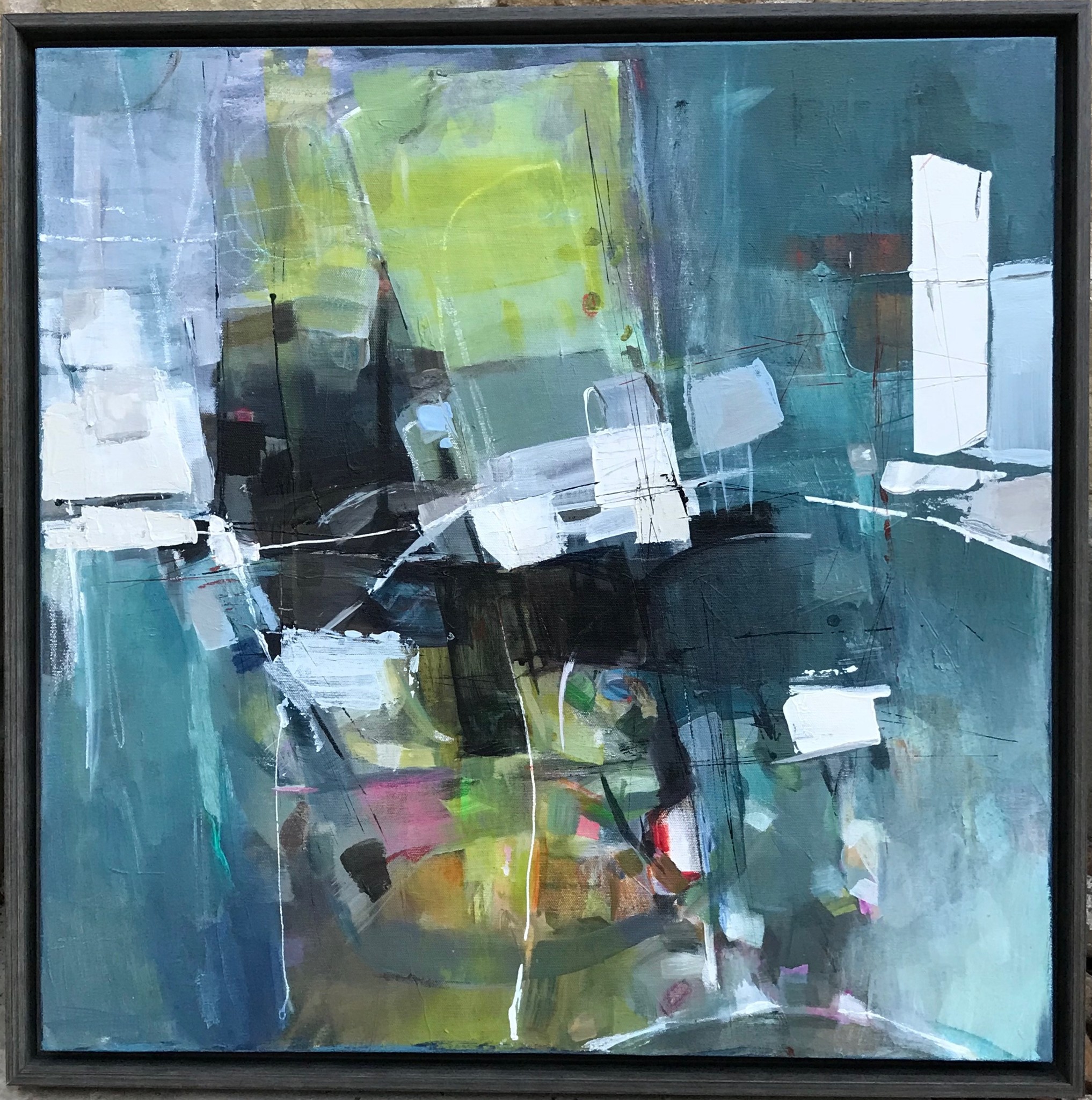 But within our grasp, something beautiful unfolds on canvas: shifting patterns, the signposts of Freeman’s journey, honed using the tools of light, color, layers, and organic forms, all inspired by the loves of her life:

“...A simple 4th-grade sketch; the organic pattern of a European village; the unexpected art found in the cracks of New York City sidewalks; the imagined romance glimpsed through a brownstone parlor window....’

Freeman once described her paintings as her “friends.” We describe them as powerful and, yes, timeless. And all of them speak to us articulately in a pattern language: