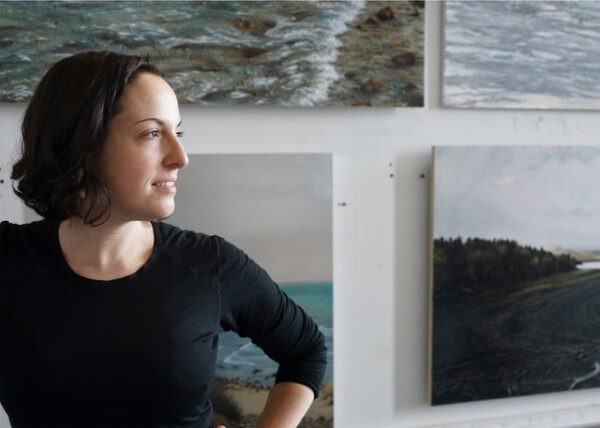 Giverny, Vernon, Deauville/Trouville, Le Havre, Étretat, Rouen, Dieppe. Those are the names of towns immortalized in oils by a group of young French artists who, in the 19th century, decided to break away from traditional themes – read religious and historical subjects – opting to engage with the picture-postcard beauty of the landscapes on the path of the Seine River all the way to Normandy.

That fraternity, which came to be known as Impressionists, found they could capture the momentary and transient effects of sunlight by working quickly in front of their subject, in the open air or en plein air, rather than in a dusty old studio from sketches. The result: light and color and the shifting shapes and patterns of a natural scene got incorporated into their game-changing paintings. 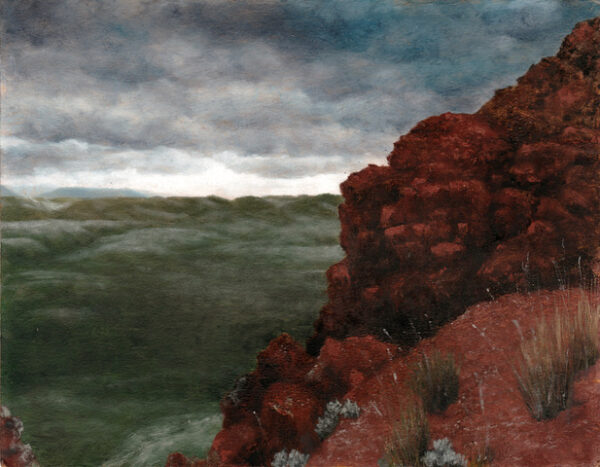 Fast forward to today, artist Lisa Lebofsky is a child of that tradition –  and a would-be game-changer, but with a very different agenda. She is an Impressionist 2.0, a nomadic plein air painter, who documents areas around the globe that are particularly susceptible to the impacts of climate change. Recent travels include Antarctica, Newfoundland and Labrador, Greenland, and The Maldives. 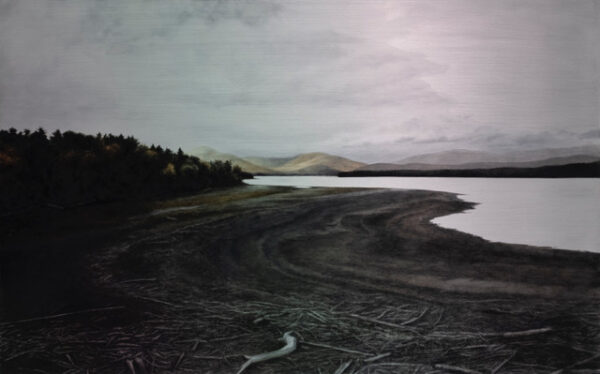 Lebofsky’s art is imbued with what she once described as “a quiet, yet invasive energy, with space for contemplation for the viewer.”  Put another way, her paintings (on aluminum), on scales large and small, explore the limitless capacity of the mind to expand and imagine when engaging with Mother Nature.

Great examples of Lebofsky’s generally reductivist view of her surroundings du jour are her captivating images of frozen water, either large slabs or crisscrossing the picture plane in compositions reminiscent of Abstract Expressionist works.

“The awesome power of nature is unquestionable in her painting, but one is also struck by the calligraphic beauty of these giant mounds of ice. This is a landscape where nothing appears to live and yet it remains eerily peaceful,” said one critic. 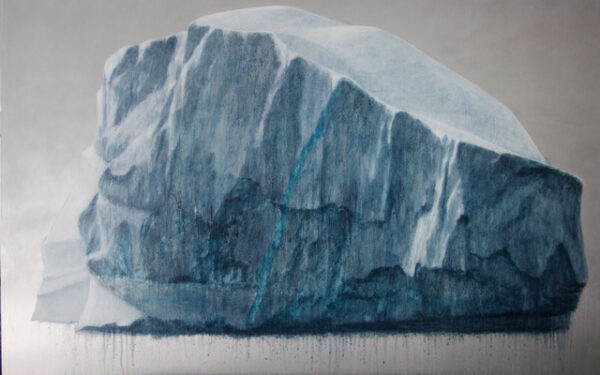 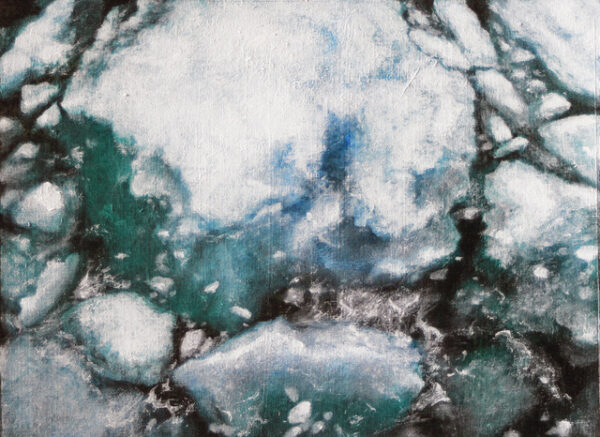 Artscope once asked Lebofsky if she thought creating work that celebrates and focuses on natural surroundings encourages viewers to become more active in protecting our environment.

“Yes. I’ve actually written an article about this… Art generates awareness. We care about that with which we are aware; which in turn, inspires us to be better. In humanizing the story of climate change, by revealing nature’s vulnerabilities as our own, it is my intention for my audience to be moved to respond personally and proactively.” 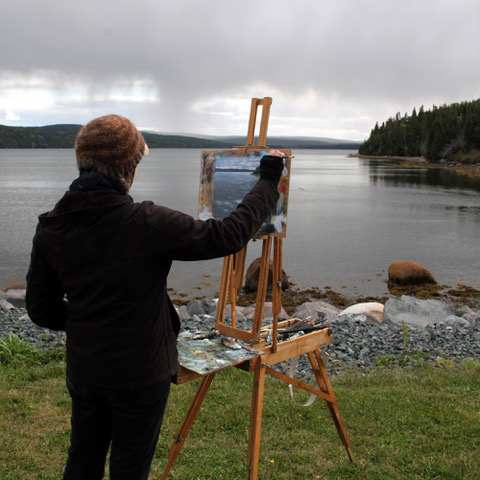 Lisa Lebofsky is a painter who resides (when not traveling) in New York City.

Lebofsky holds a BFA in metals from SUNY New Paltz and an MFA in painting from the New York Academy of Art. Her work is in private collections and has been exhibited in solo and group shows nationally and internationally.

Lebofsky is the recipient of several awards and residencies too, including the Prince of Wales Scholarship travel grant to the Château de Balleroy, France (2005); the Terra Nova National Park Artist in Residence (2010); and the BRIO (Bronx Recognizes Its Own) Grant from the Bronx Council of the Arts (2010).