Fine art photographer Ryan Bonneau is the official artist of the 2021 Telluride Fire Festival, which takes place December 3 – December 5. Three of his works will be on display virtually through December 7 at the Slate Gray Gallery. Proceeds from that silent auction are to be donated to Rocky Mountain Arts.

Scroll down to watch a video featuring more of Bonneau’s captivating images. 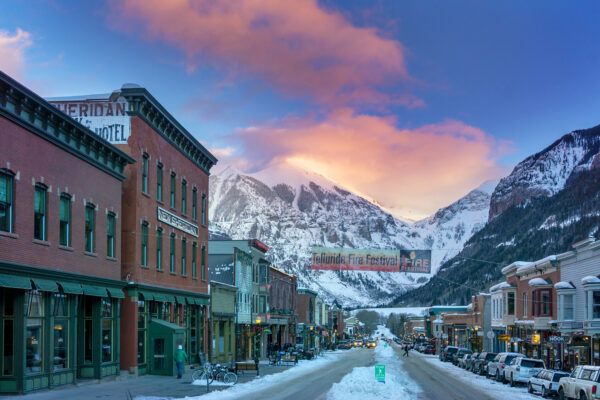 His influences include world-renowned climber, adventurer and prolific photographer Galen Rowell and Colorado shooter John Fielder, who has been capturing the beauty of his home for 40+ years. And, like them – also mentors Ansel Adams and Paul Caponigro – his interest in the natural world appears to be unquenchable.

Ryan Bonneau learned the lessons of his teachers well. His images of outdoor adventures, the natural world in general, and travels reflect one simple, yet profound idea: Bonneau’s fine art photography is not so much about looking at nature from the outside in, but living it to the fullest from the inside out. 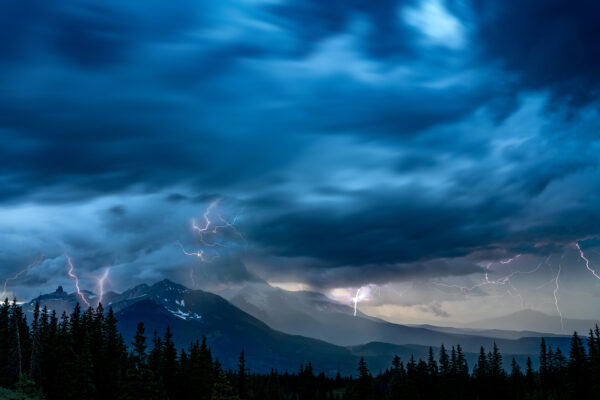 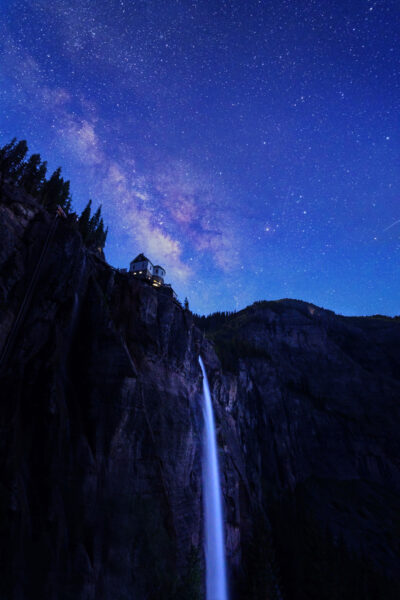 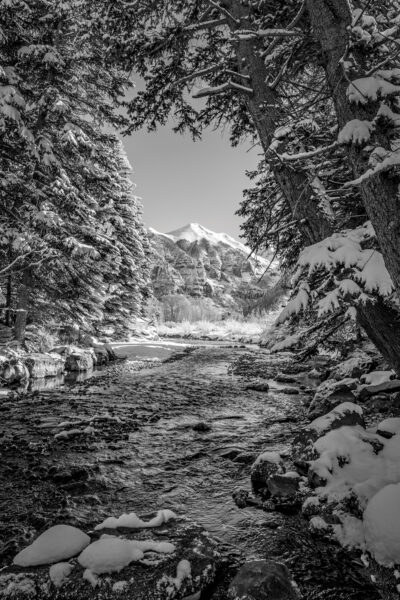 As a photographer, Bonneau’s career is on fire – literally. Not only is he chief lensman for the Telluride Tourism Board, he was also selected as the titular artist of the Telluride Fire Festival, whose work is to be auctioned off in support of the nonprofit (and remains on display throughout the month of December at Slate Gray). The show is titled after Bonneau’s newest book,”Telluride Unveiled.” The exhibition features an unforgettable journey through the San Juan Mountains of Southwest Colorado.

“Bonneau’s photographs are renowned for their dimensionality, attention to detail and luminosity. Truth be told, his eye for capturing the stunning landscapes of Telluride often leave people speechless. Take a peak behind the veil – see Telluride (and beyond) through Bonneau’s lens,” explained Slate Gray. 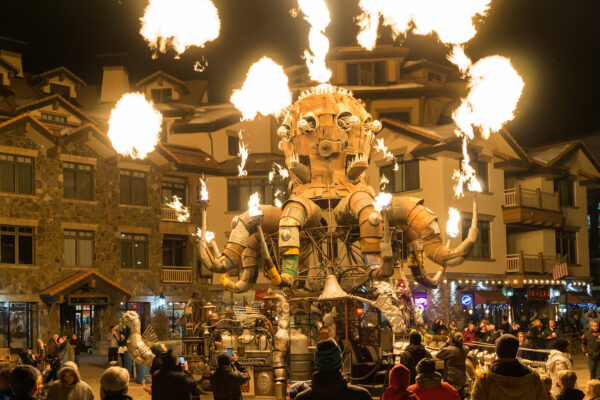 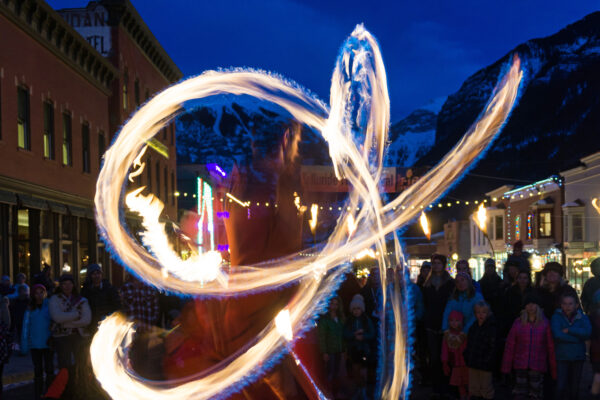 Ryan Bonneau’s work has been featured in National Geographic Adventure, Outside, Sierra Club, Backpacker, The Arizona Tourism Department and a variety of other media outlets.

If you have a favorite image of Telluride over the past several years, chances are Ryan Bonneau was the man at the scene.

But what exactly is fine art photography as opposed to commercial photography?

Welcome to the world of Ryan Bonneau, who had this to say on the subject:

“I don’t shoot a lot of commercial work so the distinction comes fairly naturally and easily. To me fine art photography is the outward reflection of my inner creative vision. I aim to capture and evoke profound emotions in my viewers in response to a vision inspired by my surroundings and adventures.”

Q: Was there anything in your upbringing in Shelburne Vermont that suggested a career as a fine art photographer?

RB: As far back as I can remember I loved grabbing my dad’s Panasonic K1000 and shooting the wild places in our backyard. After I moved to Telluride in 2000 I began taking the discipline more seriously in order to show my family the beauty of the area and share in my adventures. Very quickly I became obsessed and gradually was able to transition from amateur to professional. I first connected with the Tourism Board when I brought some of the staff out on a photography tour I was doing for Telluride Outside at the time.

Q: Have you had any formal training in your medium? In college? At an art school?

RB: I took a photography course while attending Keene State College in Southern New Hampshire, but mostly learned by shooting as much as possible and studying the greats. Initially, locally, I roomed with photographer-turned-filmmaker Ben Knight, who inspired me to point my lens at nature.

Q: Prior to your move to Telluride, where were you living and what were you doing?

RB: After college, I worked in finance for a little over a year before moving to Telluride with the intention of staying for a year. I know, old story…

Q: What equipment do you favor and how important do you think a photographer’s choice of equipment is to his or her success as an artist?

RB: For me equipment is not super important. However, there are a few essential factors I look for in a camera, features I find essential for the way I work: sensor size, so I can print my images very large and the weight and size of my camera and lenses as I am often adventuring into the backcountry and other remote areas. I have found the mirrorless systems to be great for both of those challenges.”

Q: Obviously Telluride is your primary muse. Do you ever tire of its beauty? Ever think you have photographed all that you attracts you in the region or is Telluride the gift that keeps on giving?

RB: I don’t think I could ever tire of this region or see all it has to offer. There is something so special about place and its surroundings. I am always discovering new settings that blow my mind.

Q: Given the opportunity and the fact you have adventured extensively what other wild places are on your bucket list?

RB: Yes, I have traveled quite a bit, but I would say Greenland and Indonesia are now high on my list for adventures I have not yet had.

RB: Getting great images is more about the shooter and creativity than it is about having all the best gear. If you want to get started, test yourself, get inventive, and have fun out there. Shoot as much as possible. Embrace failure as the best way to learn. Push yourself. And stay true to your vision.

Q: Do you see yourself as an outdoor adventurer first and a photographer second (or visa versa) or are your twin passions totally intertwined?

RB: They are definitely intertwined and drive on another. I have had so many great experiences because of photography I might not have had otherwise. That said, I also have learned that sometimes I need to get out and explore without the camera and just be in the moment.