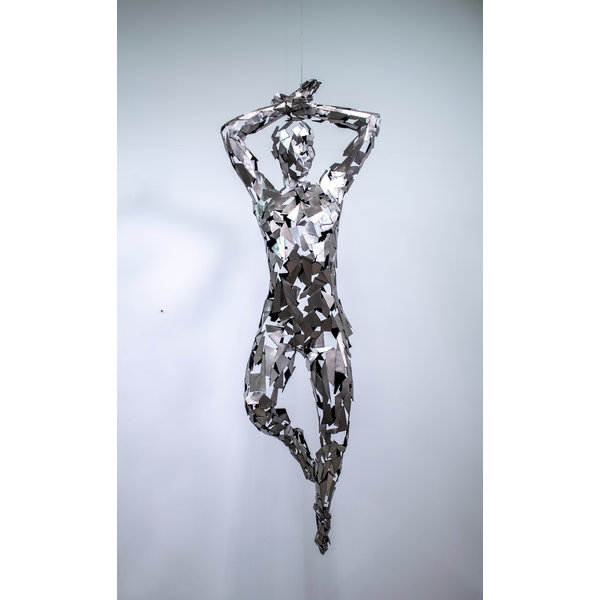 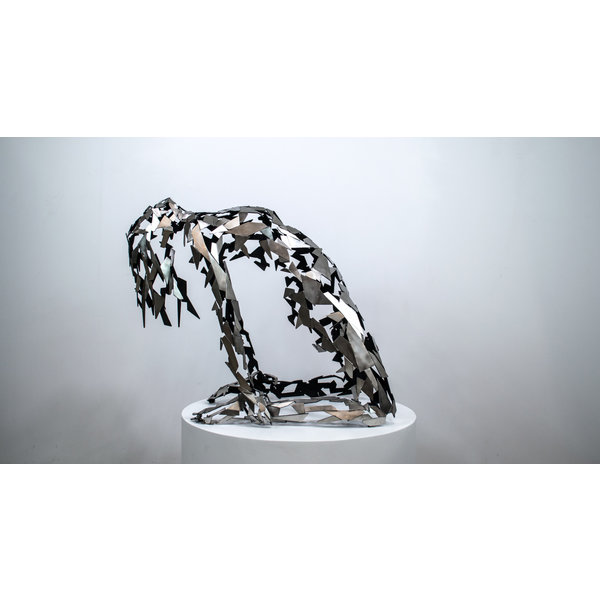 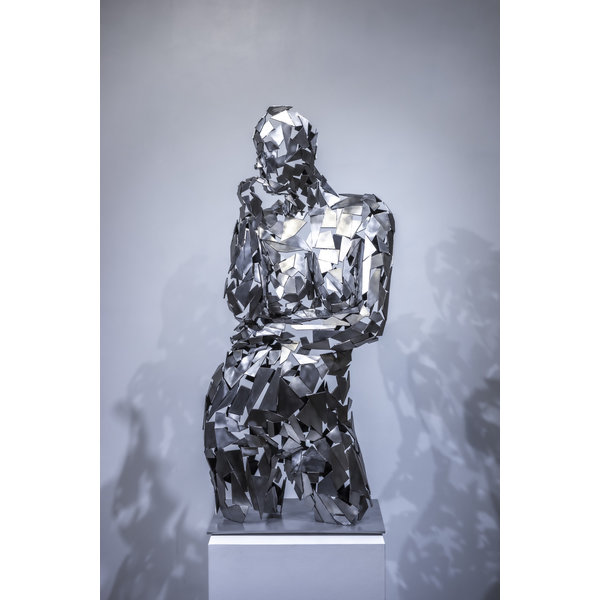 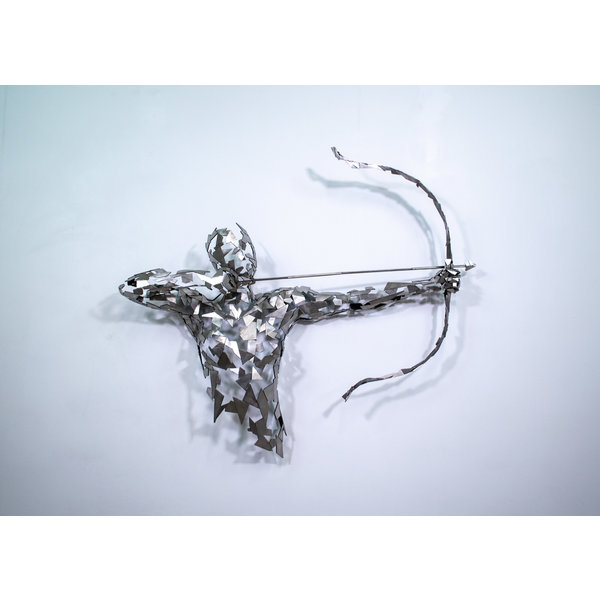 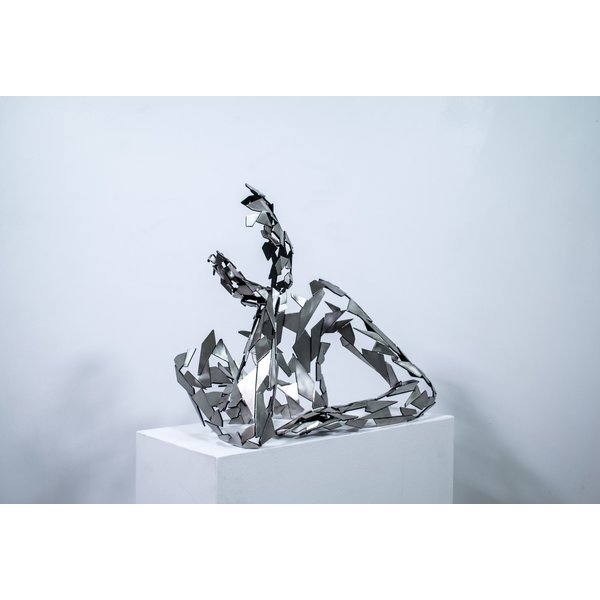 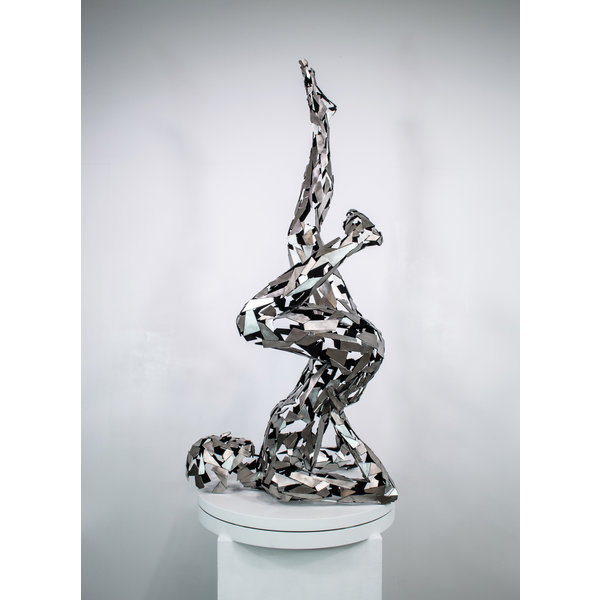 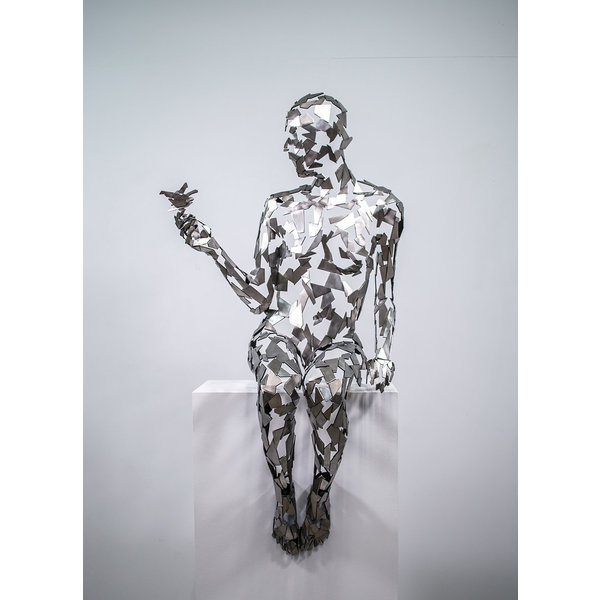 Fragmented yet whole, each of Davis’s sculptures strive to induce a stronger connection as well as a higher state of permeability with the universe around us through a replication of the human form. Each piece, individual and one of a kind, strikes a pose encompassing ideas and questions of betterment of the self, be that of a mental, physical, or spiritual nature.

Each of Davis’s pieces originate from inspiration derived from a need for a question, or outlet, for a certain challenge or point of evolution found in our day to day lives. Once he has obtained his concept well as rough idea of pose, David seeks out just the right person to model and render his vision, or he himself, will sometimes pose, creating an even stronger connection with the work. Then, utilizing an abundance of drawings, photographs, measurements of the model, and of course his sculptural eye, he recreates the pose, keeping very close to exact proportions of the human body so as not to lose relatability with the viewer.

Using nothing more than a welder and a simple pair of pliers, he begins at various places throughout the form, building up one piece at a time, recreating what his sketches reveal as well as allowing the natural flow of abstraction to take place. David explains that the areas he chooses to leave empty are just as important as the places he chooses to render- as in life is the space between us and everything is what truly connects us. Upon completion of the form, David works to obtain a polished exterior surface of the work, reflecting the surrounding hues and lights, then accomplishes the ultimate contrast by treating the interior of the work with a special pigment that draws in over 90 percent of light, creating quite an ethereal effect.

Davis’s work has been featured in Art Miami/Art Context in 2018, 2019, and will be again this coming December. He has also been featured in the Art Prize in Grand Rapids Michigan as well as represented by galleries in Austin Texas, Montreal Canada, and Paris, France.