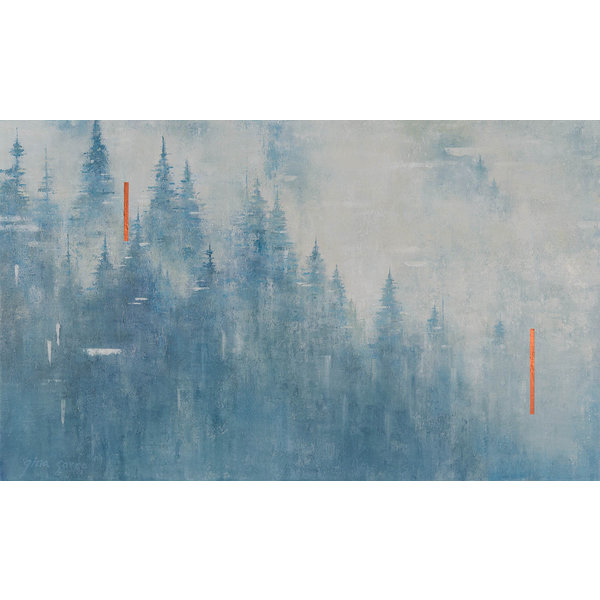 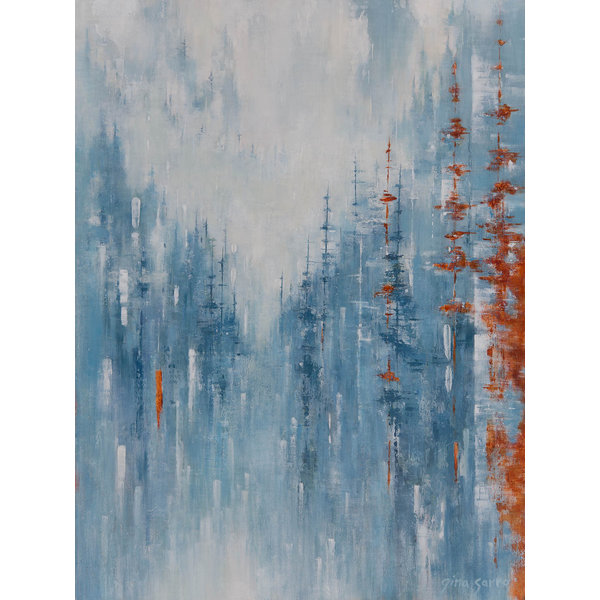 Painter Gina Sarro captures the vast landscape with her distinct technique, painting skies, mountains, water, and fields evoking both flatness and depth. Using both a brush and knife, partly to diminish, and partly to layer the paint itself, Gina balances strong compositional horizontals with rhythmic vertical gestures. Abstracted marks of color come together to create a serene, reminiscent composition. These abstracted marks seem to hold their own little narratives, allowing the viewer to recall their own personal experiences out in nature’s pristine landscape. Her expansive landscapes allow the viewer to wander throughout the painting, giving pause to take in the little moments that are captured in each mark, and enticing the viewer to look a little closer, searching to understand the meaning behind her work: a moment of pause and reflection.

Her paintings are held in private and corporate collections in Canada, the US and Australia. A donated 13’ triptych graces the Jim Pattison corridor at Vancouver General Hospital.

BC; and The Christopher Hill Gallery in Napa Valley, CA.